Part of Mississippi: An Anthropocene River

Katharine Ordway, Fall 2018 is a sound work that represents a stationary gesture amid the distanced movements comprising the Listening to the Mississippi project (which itself belongs to the Anthropocene River project). The sounds that make up this 15-minute piece, drawing from a combination of automated and hand-held recorders, describe a single location along the river’s northern section, 22 miles southeast of Minneapolis: the Katharine Ordway Natural History Study Area (or Field Station).  By attending to this one site through the medium of sound, the aim to convey how ecology, human activity, and the river’s present-day proximities to military goods shipment and Tar Sands oil-by-rail can all be brought to the fore.

Recording once every hour for three months, Ritts produced an archive of 1800 sounds, each no longer than five minutes in duration. From these, he distilled moments that convey ideas about locating within a dramatically disturbed riparian ecology. The resulting aesthetic is textured by the intransigence of the recording technology, the nearby water sources, and the Field Station’s proximity to noisy rail, road, and airplane transit routes. Fuzzy timbres, lo-fi thumps, and scraping engines create aural thickets that register associations between different kinds of circulatory machinery. Allusions to the site’s industrial claustrophobia are broken by calls from migrating ducks and geese, the rush of wind across trees, and other interludes of late fall in Minnesota.

Katharine Ordway, Fall 2018 consists of mostly untreated sounds with some minor filtering and gating. The bulk of the sounds were captured using a Song Meter SM4 acoustic recorder, with supplemental sounds from a Sound Devices 702 recorder (fixed with two Sennheiser MKH-20 Omnidirectional Microphones). Listening with headphones is highly recommended.

CREDITS
Photo by John Kim. The composer extends a special thanks to John Kim, who provided both generosity and consistent logistical support. Mastering by David Carlsson at Gula Studio.

The first academic work I ever co-published was an eco-acoustics baseline, and it was with the incredible community of Hartley Bay (Gitga’at First Nation). Over 14 months (2013-14), we used SM2 Song Meters to record ambient sounds in Gitga’at Territory, programming the units to record for 1 min at 15 min intervals. Recording features were set at 22,050 Hz in 16 bit monaural, wav file format. This monitoring protocol allowed us to record a range of acoustic phenomena across a spectrum of elements (e.g. nocturnal storms, dawn chorus, bracing wind, lapping water), when human traffic is generally restricted in the Territory. To ensure no harm to the trees in Gitga’at Territory, we fixed the SM2 units to trunks using bungee cords and left the units alone as much as possible.

Listening back to the archive we generated elicits strange memories. These recordings are now more than 6 years old. They gesture to a different  time and place, a different set of histories and possible futures.  The full 350,000 plus audio archive remains in the Band Office in Hartley Bay, but here’s a one minue sample I was allowed to share from a site along the Douglas Channel, near the top of Hawkesbury Island, on a late summer morning (7:15 am, to be exact) in 2013… 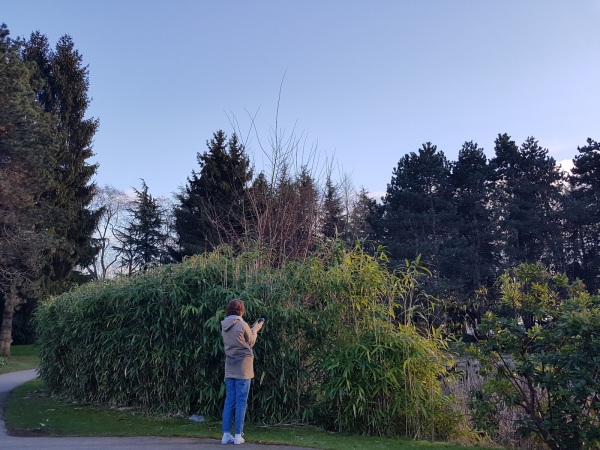 To better understand our own processes of place-making, we explored the soundscapes of sites that are familiar to us: places near our homes, places we used to live, places we go everyday. Within these soundscapes, we encountered unexpected memories and emotions, experiencing feelings of connection, community, nostalgia, anxiety, intimacy, and vulnerability. We recorded at various locations in Kitsilano, Richmond, and on campus at UBC. This process nuanced our understanding of these places that we know so well, and increased our awareness of the significance they have in our lives. 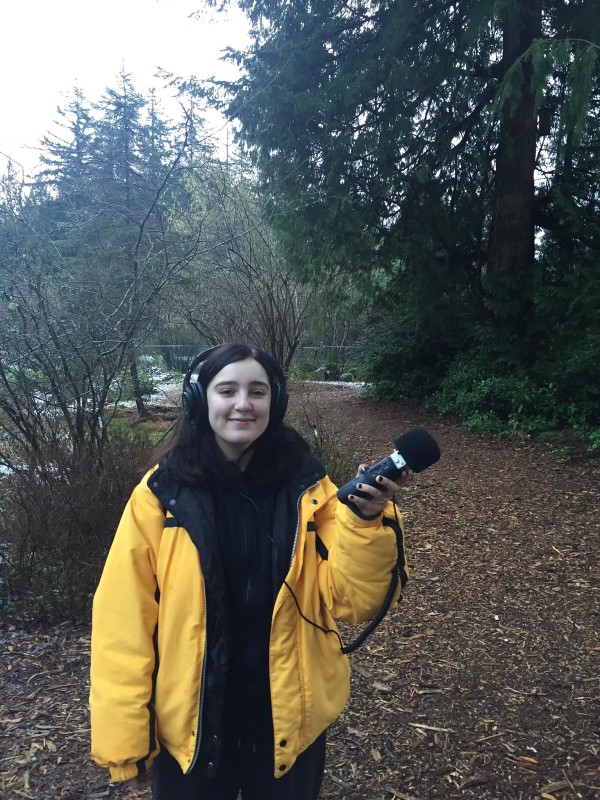 Sonic geographies is a relatively new method for monitoring biodiversity, which utilizes sound. A common sonic indicator of biodiversity is avian vocalizations, or bird songs, which we chose to monitor. We chose the UBC Botanical Gardens as our research location, working alongside SEEDS, an on-campus sustainability program that creates partnerships between students, operational staff, and faculty through innovative and impactful research projects. In our research, this location acts as a microcosm for larger global anxieties surrounding diminishing biodiverse habitats attributed to anthropogenic disturbances. We used the sonic geographies method, using hand recorders, to listen to and record sonic environments within the Botanical Gardens, paying close attention to both the bird and anthropological sounds, and the relationship between the two.

A stroll around Vancouver’s Commercial Drive becomes an opportunity to consider the pervasive presence of EMFs (electro-magnetic frequencies) in our daily lives.

An effort to ‘sound out’ some of the industrial ecology (e.g. trains, ferries, horns, compactors) in one of Vancouver’s port districts.

How might sound shape the way we experience and navigate through a place? What role can our particular interpretations of sound play in helping us locate our relationship to a place? In featuring the myriad of soundscapes that exists within Chinatown, this project aims to provide a platform for users to consider the contested nature of place. The Chinatown Sound Map operates on the traditional and unceded territories of the xʷməθkʷəy̓əm (Musqueam), Skxwú7mesh (Squamish), and Səl̓ílwətaʔ/Selilwitulh (Tsleil-Waututh) First Nations. It is generously supported by the UBC Asian Canadian Asian Migration Studies Program, hua foundation and Chinatown Today.

The Chinatown Sound Map is a collaborative, community based platform for listening to and sharing experiences in and around Vancouver’s Chinatown. By showcasing the ordinary hustle and bustle of the neighbourhood, this project encourages users to engage with the sounds around them with a critical mind and curious heart.

An attempt to evoke ‘volumetric’ space – i.e. space produced by the enclosure of solid surfaces. How might sound allow us to explore interconnected urban strata – such as the roadways, sewers, subway networks, and effervescent sounds that characterize Brooklyn’s Bedford Stuyvesant neighbourhood?

In this composition, I use a combination of looped and discrete passages to explore sections of Brooklyn, NYC. I begin with the rich musical life and dense automotive activity that defines Fulton Ave, Bed-Stuy’s main thoroughfare. A recent ice melt gave me the opportunity to explore perforations in the street and follow water down into sewer grates and off buildings. Underground, New Yorks’ multi-tiered subway system invites us to ask how different layers of echo and delay might interpenetrate with the water sounds above as well as more ‘machinic’ sounds (wheel screeches, compressed air release) that define the subway space.

The last part of the piece moves back to street level. The intense digging and earth-moving I was able to capture proposed not only a commentary on the changing volumetric of urban form (e.g. the filling in and filling out of solids), but an aural signifier of gentrification’s ‘hollowing out’ effect too… relentless condo building and road improvement I ear-witnessed proposes important shifts not only in the materiality but the very the idea of “Bed-Stuy” too.

Each of these 32 recordings was recorded in Bedford- Stuyvesant (Brooklyn, NY) over several days, in December, 2016. All sounds were recorded on an omnidirectional microphone on Zoom H6 recorder. I then imported the files onto my computer and did some editing and arranging on Reaper, cutting up each of my recordings and arranging them sequentially according to my intended effect. 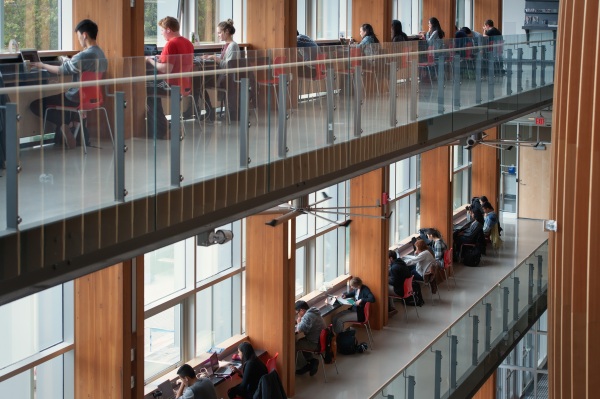